When the maximum level is exceeded, the creatinine level is considered to be abnormal and requires immediate medical attention. If there are higher levels of creatinine in the blood, your kidney functionality will deplete significantly.

Do you know how to reduce creatinine level by food? Reduced consumption of red meat and fish items might help to lower excessive creatinine levels. You should try including more sources of vegetable protein and dietary fiber in your diet, including beans, blueberries, apples, garlic, and onions.

Creatinine: What is it?

The kidneys filter and remove creatinine through the urine. Creatinine is a chemical waste product present within your blood. The chemical waste is produced due to regular muscular activity. [1] A person produces more creatinine if they have more muscle mass.

The size of the body, amount of activity, and use of medications are all variables that could impact the blood creatinine level. Creatinine levels in the blood serve as a measure of both a person’s muscle mass and renal function.

How to lower creatinine overnight

Your healthcare professional will even suggest a course of treatment if excessive creatinine levels are the result of an acute renal issue.

Why Do High Creatinine Levels Occur?

The body continuously produces creatinine and excretes it at the same pace. High creatinine levels can be caused by any significant change within the usual rate of creatinine production or excretion.

Some typical causes of increased creatinine, aside from chronic renal failure or chronic kidney disease, are given below:

A prolonged increase in blood creatinine levels may be caused by using creatine supplements at a rate greater than 10 grams per day.

High serum creatinine levels might result from a drop in blood pressure caused due to loss of bodily fluids. [3] Hypotension is a serious medical condition that can be caused due to dehydration, excessive diarrhea, vomiting, cardiac failure, or a heart attack.

Due to the kidneys’ inability to eliminate creatinine, there may be a decrease in blood flow to them, which raises serum creatinine levels.

After kidney replacement surgery or even after partial or total kidney removal, high creatinine levels may be seen.

Any blockage to urine flow results in waste product accumulation and a subsequent rise in blood levels. Creatinine levels suddenly rise as a result of the body producing more waste products and toxins.

It has been established that several medications cause your body’s serum creatinine levels to rise. These include heroin, non-steroidal anti-inflammatory drugs (NSAIDs), and medicines that are prescribed as anti-hypertensive medications. [4]

Symptoms that indicate you need to get a creatinine test done

Creatinine levels that are abnormal may signify acute renal disease and other illnesses. If any of the following apply to you, a creatinine test may be necessary:

If you have any of the following disorders that may lead to impaired kidney function, your doctor may also advise routine creatinine testing:

How to reduce creatinine level naturally?

When creatinine levels are high, a specific diet must be followed in combination with medicine to naturally lower the levels to the normally accepted range.

There are several natural ways to minimize creatinine levels, including:

Patients with high creatinine levels should avoid consuming poultry, red meat, and eggs, which are high in protein. This is because the breakdown of proteins produces creatinine. However, plant-based proteins from foods like beans and lentils can be consumed, but in moderation.

Drinking enough water may help lower your creatinine levels if they are increased due to an acute illness, such as severe diarrhea or dehydration.

People who routinely work out at the gym or are interested in bodybuilding frequently use creatine pills and supplements, which accelerate fat loss. These supplements need to be stopped if your creatinine levels are already high.

Any muscular activity can increase your body’s levels of creatinine since it transforms creatine into creatinine. As a result, those with high creatinine levels should refrain from any vigorous exercise until their levels return to normal.

Excessive salt consumption can raise blood pressure and perhaps cause problems with creatinine levels. Think about eating whole and unprocessed foods and flavoring your cuisine with different spices and herbs.

Smoking cigarettes increases the chance of chronic kidney disease considerably, among other health risks to the body. [6] Quitting smoking can help lower your risk of developing renal problems that could raise your creatinine levels.

If you have kidney disease, consuming alcohol can be a complicated issue. According to studies, drinking too much alcohol has the potential to harm your kidneys. [7] Additionally, it may play a role in diseases including high blood pressure and sharply rising creatinine levels.

People occasionally use chitosan, a natural dietary supplement, to lower their cholesterol and reduce weight. Chitosan has been found to offer additional advantages, including lowering the body’s levels of creatinine, according to some researchers. A study found that persons who consumed chitosan had superior kidney function and better control of their creatinine levels than those who did not. [8]

A study found that eating fruits high in dietary fiber substantially lowers the levels of creatinine in those with chronic kidney disease. [9] Fresh, in-season fruits are a great source of dietary fiber and can help with digestion as well as lowering creatinine levels.

Some fruits that can lower creatinine levels that are high in dietary fiber and potassium include:

Fruits can be consumed by patients either whole or in the form of smoothies or juices.

Although there are numerous medications used to treat kidney disease, none of them are designed to precisely lower blood creatinine levels. The level of blood creatinine is utilized as a proximate indicator of renal function.

Only those factors, such as hypertension, uncontrolled diabetes, and excessive uric acid levels, are within our control. Controlling these variables may help decrease blood levels of creatinine and slow down the damaging process of renal function.

As a herbal remedy, garlic and onions have been used to treat acute symptoms of illnesses like the common cold, high blood pressure, and heart disease as well as to prevent the body from being harmed by free radicals.

Because onions and garlic can protect the kidney from free radical damage when eaten together, they can help lower the levels of creatinine in the blood. [10]

One famous vegetable that can reduce your risk of having kidney disease is carrot. Several minerals, including the most beneficial ascorbic acid (Vitamin C), iron, magnesium, fiber, and vitamin B6 are present in carrots. Numerous health benefits of carrots have been identified, including improved eye health, lower cholesterol levels, a lower risk of cancer, and a decreased prevalence of acute kidney disease.

In general, cucumbers are suitable for your kidneys. They can help keep the kidneys clean, filter toxins much more effectively, and lessen the burden on the kidneys, all of which will improve their performance. Cucumbers are also a fantastic source of hydration because they contain 96 percent water, which is good for the kidneys. [11]

Cauliflower is another example of a fibrous vegetable that lowers creatinine. Cauliflower is thought to be helpful for the kidneys and includes a variety of plant compounds. It can make sure that your kidneys carry out their functionality efficiently, such as removing creatinine from the body.

Red bell peppers have the highest levels of vitamins, fiber and serve several health benefits of folic acid, in addition to being beneficial for the kidneys. They include antioxidants that act as a barrier against oxidative stress, making them ideal for enhancing kidney health as well as other bodily processes.

Reduced consumption of red meat and fish-based products may lower excessive creatinine levels. One could experiment with including more forms of vegetable protein in their diets, such as beans, carrots, cucumbers, and red bell peppers.

Can creatinine levels be reduced naturally?

Changes to your exercise levels, eating, drinking, and supplementing routines may help lower your creatinine levels if they are high. You should consume less creatinine and protein, less salt, and less alcohol. You should also drink more water, and eat a lot of fruits, and fiber vegetables.

The herb garlic has been utilized to treat serious medical disorders. Garlic, when taken as a whole food, can help lower creatinine levels because it can protect the kidney from damage brought on by free radicals.

What is the fastest way to get rid of creatinine?

Consuming more fiber and less protein supplements could accelerate the decline of creatinine levels. Additionally, increasing your intake of fiber-rich meals can benefit in lowering your body’s creatinine levels because fiber assists in the removal of toxins and other chemical waste from the body.

High levels of creatinine in the body can be a dangerous sign of illnesses that require immediate medical attention as well as changes within your lifestyle.

Exercises involving high degrees of intensity, such as HIIT, weightlifting, and circuit training, might raise blood creatinine levels. So, if your goal is to lower your creatinine levels, think about moving to a low-intensity or less demanding workout program to maintain healthy kidney function.

Along with dietary routine, other approaches for lowering creatinine include limiting alcohol intake, avoiding NSAIDs, maintaining hydration to support renal function, and removing oral supplements containing creatine from your diet. 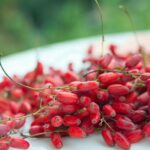 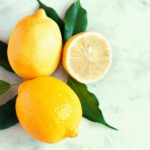 Health Benefits Lemon for dandruff: How To Use It? 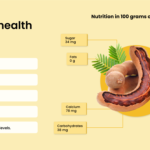